Not so long ago, the world community was stirred by the news of the fires in Chernobyl. Thanks to the latest HBO series, the 1986 disaster is particularly pressing in society. It’s especially relevant as the fire is raging a few kilometers from the repository with radioactive waste. So when did Chernobyl fire go out?

The first reports of a fire in the Chernobyl zone were received on April 4, 2020. Then a forest and grass caught fire on the territory of three forestries. The State Emergency Service of Ukraine was informed daily about the liquidation of the fire. Aviation was involved too.

Fires constantly occurred in several places on the territory of the Korogodsky, Dityatkovsky, Parishevsky, and Denisovetsky forestries of the Exclusion Zone. On April 13, when the Chernobyl fire went out, the fire engulfed the so-called “Red Forest” and got close to the “Podlesny” radiation waste storage facility, which is next to the Chernobyl nuclear power plant.

The problem started long before 2020. The fact is that the area around Chernobyl is densely overgrown with trees and grass. The dry period and the lack of a sanitary zone was the root cause of the fire. Officials ignored the need to clear dry trees to create a safe corridor. The Chernobyl fire was made possible by insufficient safety precautions. Also, the police found the intruders who were involved in the creation of fires. 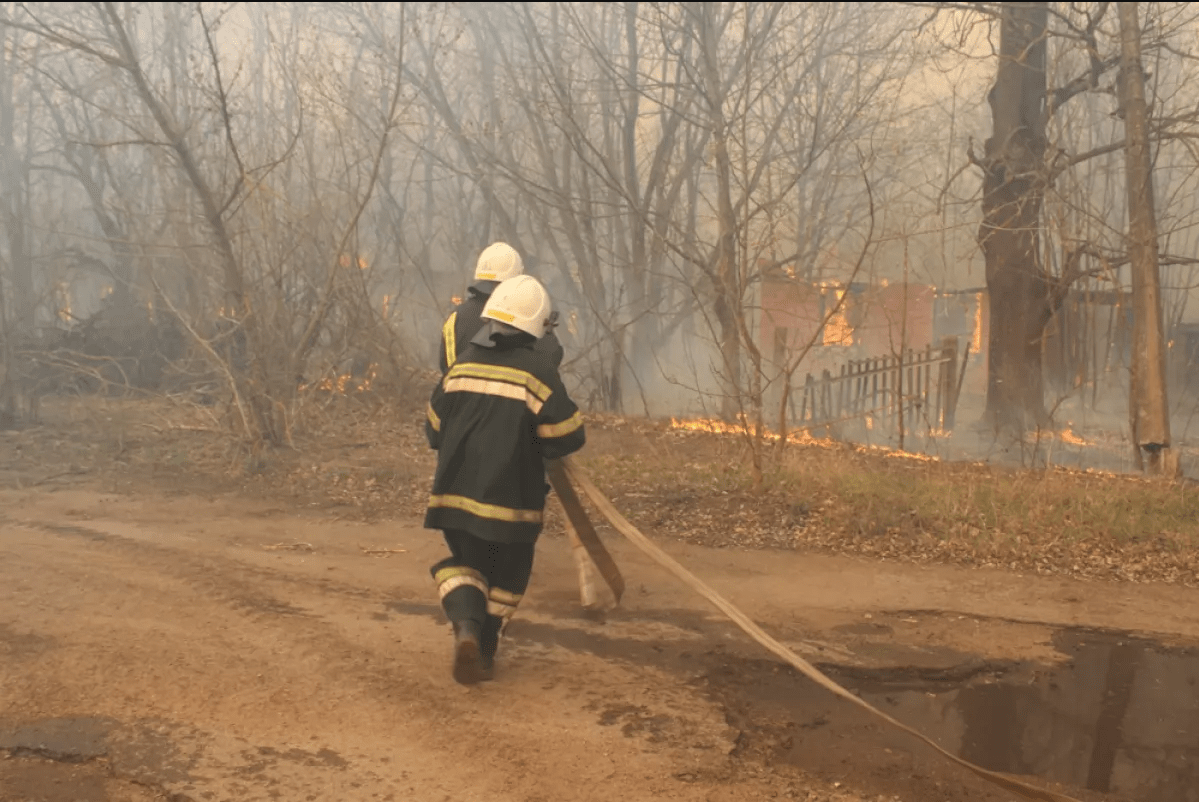 How was the Chernobyl fire extinguisher?

Forest fire near Chernobyl was extinguished thanks to the actions of over 500 firefighters and rescuers. More than 120 vehicles were also involved. Individual fires were extinguished by the point discharge of large amounts of water and fire-fighting foam. A protective barrier of 110 km of mineralized strips was also created to put out the fire.

A special substance blocked combustion products. As a result, the fire in Chernobyl was stopped. According to the UA government, the fire was stopped thanks to the emergency cutting down of individual tracts of dry wood. It made it possible to control the sources of fire and prevent a biological catastrophe. 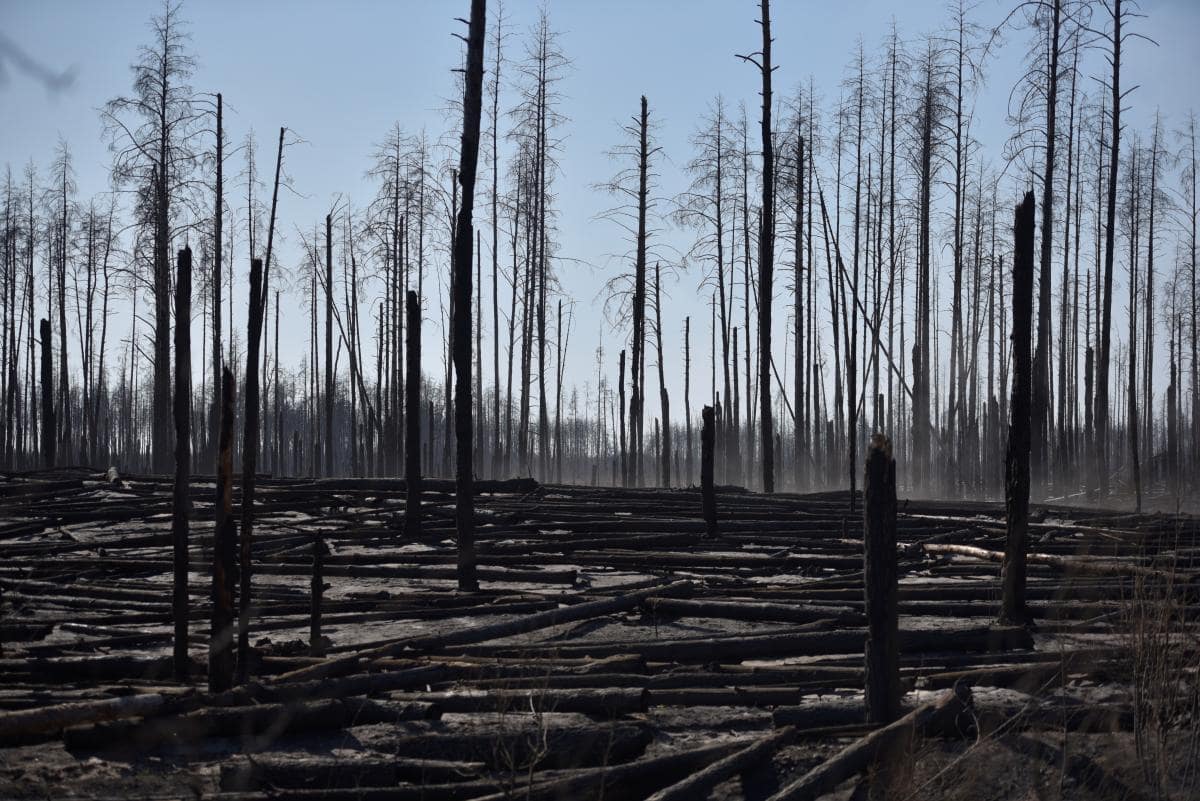 The Radioprotection and Nuclear Safety Institute (IRSN) assessed the possible radiological consequences of fires in the Chernobyl zone. Thus, the weather conditions that prevailed until April 14 facilitated the transportation of fire-contaminated air masses from the Chernobyl region to Belarus, to the south of Ukraine, eastern Romania, and Bulgaria.

However, these air masses have not yet reached the countries of Europe. The IRSN has also assessed the radiation exposure of these fires, and, as indicated in the IRSN footnote, the effects of fires on radioactivity should be negligible.

At the moment, the fire has been completely extinguished, and the nuclear repository is not endangered. Immediately after the fire’s localization, the Kyiv region’s territory contained an increased content of combustion products. Now nothing will set fire in Chernobyl. The area is completely safe.

The Ukrainian government intends to restore protective barriers to prevent similar situations in the foreseeable future. President Zelensky noted that the damage to the ecosystem from a wildfire would be assessed with European experts. The President also ordered to create a plan for the development of the Chernobyl zone to attract tourists and restore the natural fund.

The fire destroyed more than 3.5 thousand hectares of forests. Many rodents and small animals died, which could not escape from the Chernobyl forest fire. Also, about 30% of the recreational and tourist infrastructure was destroyed.

The fire affected many adjacent villages. Fortunately, these were abandoned areas. Not one person died during the incident. At the moment, it is still impossible to assess the scale of the death of animals, since the territory of Chernobyl on fire was extremely large.

In addition to the huge burnt-out area, Chernobyl forest fires caused an increase in combustion products and smog in Kyiv and the Kyiv region. However, the government stated that the radiation level does not exceed 0.011 mR/h in the region. Smog or radioactive elements will not harm neighboring countries. 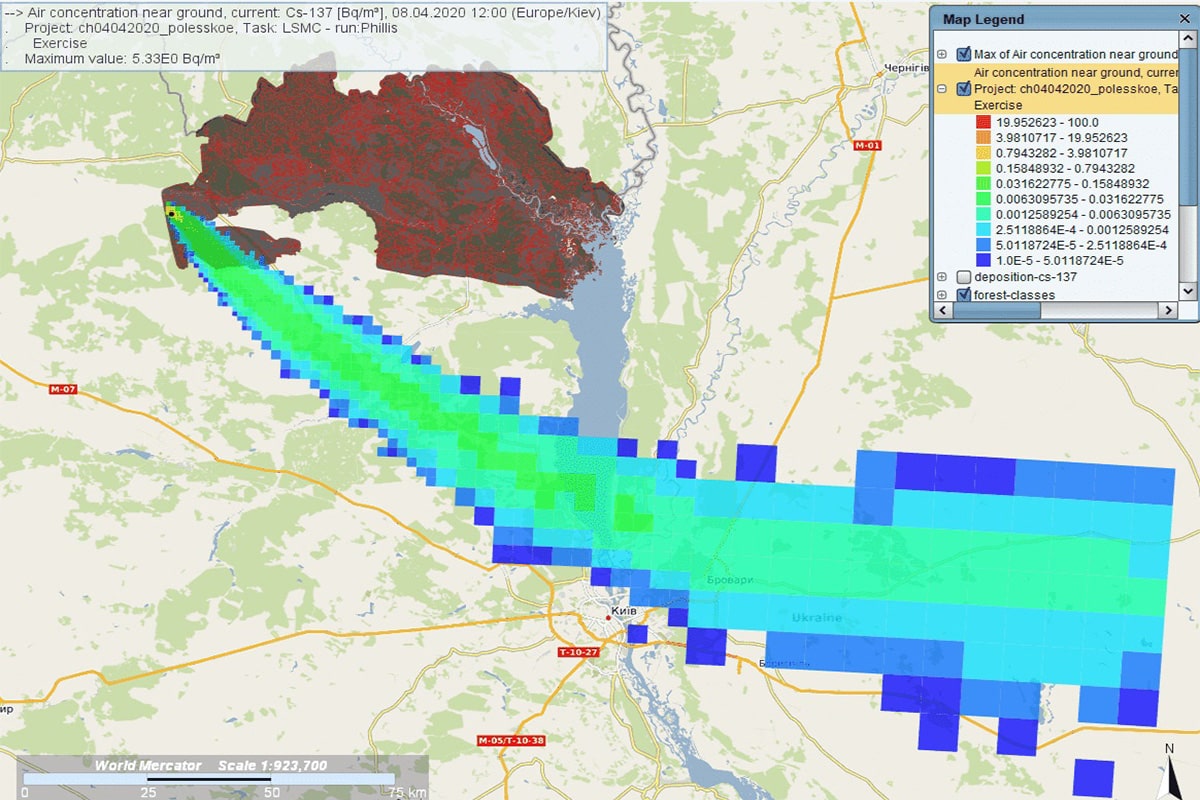 The senior shift supervisor of the Chernobyl NPP, Igor Aleksandrov, emphasized that there were no comments on the state of nuclear and radiation safety of the SSE ChNPP. The radiation situation at the Chernobyl NPP is normal, and the mR/h statistic is below the control levels. According to preliminary estimates, the restoration of all forest areas may take about 30 years. The fire disrupted the natural ecosystem and caused the death of many animal species.

On the territory of the 30-kilometer Chernobyl exclusion zone there are many amazing, but no less...
More