On April 26, 1986 at 1:23:59 am, during the design test of the turbine generator No. 8, at the Chernobyl nuclear power plant in Ukraine, an explosion occurred at the power unit No. 4, which completely destroyed the reactor. Radioactive substances were thrown out both at the very moment of the explosion and for a long time after.

With the decades a lot has changed. Both the exclusion zone and inside the destroyed power unit it has become much safer, however, there is still a radioactive, non-cooling mold, which cannot be approached even with the observance of the strictest security measures. First discovered in 1986 by the team of liquidators, it got the name “Elephant’s Foot” by its appearance and color.

What is elephant foot Chernobyl?

Due to the explosions, the reactor was seriously damaged, including the steam distribution system. A meltdown radioactive mass began to flow into the resulting holes, and fuel particles turned into lava. Spreading, this lava, including uranium and zirconium, mixed with concrete debris, sand and metal structural elements. This mold had been spreading through the cooling and steam distribution system for almost a week until it reached the suppression pool. Sometime after the discovery, with great difficulty, with short approaches for just a couple of seconds, the researchers managed to collect several samples of the Elephant’s foot meltdown of Chernobyl reactor.

When was the elephant’s foot discovered? 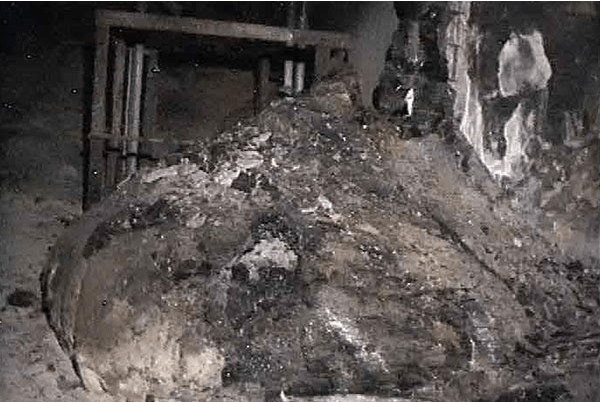 In December 1986 the liquidators of the accident, operating in the fourth power unit, discovered a source of extreme radiation level.  According to the facts based on the recollections of one of the experts, research engineer Georgy Popkov, later a child’s horse on wheels was pushed into one of the rooms, on which a measuring sensor was fixed. The device indicated 14.5 thousand roentgens per hour.

What is Chernobyl elephant’s foot made of?

Where is the elephant’s foot located? 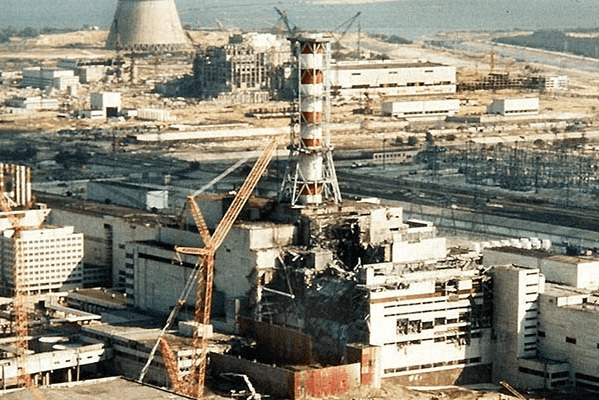 The Elephant’s Foot Chernobyl now is located inside the Shelter Structure over the reactor in Chernobyl. The Chernobyl Nuclear Power Plant is located in northern Ukraine, 16 km from the border with the Republic of Belarus, on the banks of the Pripyat River, which flows into the Dnipro. To the west of the three-kilometer NPP protection zone is located the abandoned city of Pripyat, 18 km southeast of the station is the former regional center – the city of Chernobyl, 110 km to the south – the city of Kiev.

What is Elephant’s foot Chernobyl size?

How toxic is the elephant’s foot?

It is believed that if now one comes close to the Foot for few minutes, then the overexposure will result in death within a couple of days. Various estimates presume that the influx of Chernobylite will be radioactive for another hundred thousand years.

In order to stop the release of huge amounts of isotopes into the atmosphere as soon as possible, and to ensure environmental safety, an isolation structure was hastily built over it. In 2019 The New Safe Confinement was installed over the Shelter Structure, which is designed to last 100 years and to protect the environment from further ingress of radioactive substances into it. 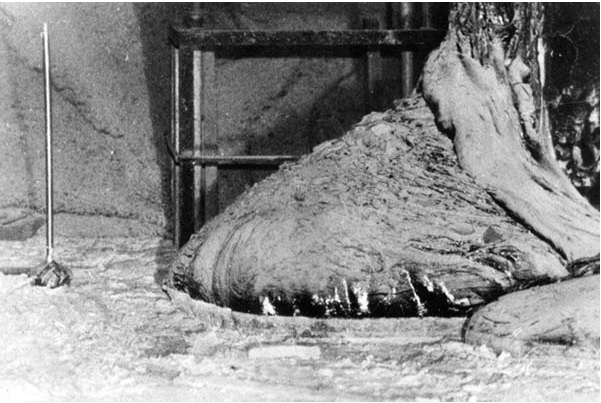 It is believed that this formation has not cooled down to this day. The initial temperature of the corium at the Chernobyl nuclear power plant, according to various estimates, was about 2000 degree Celsius. Today the Elephant Foot Chernobyl temperature remains several degrees higher than the ambient temperature, as the decay of actinides and other radioactive elements in it is still ongoing.

What is Elephant Foot Chernobyl?

It is a substance called corium. Without a cooling system, the radioactive mass, that is Elephant’s Foot Chernobyl black mold, crawled through the power unit for a week after the accident, absorbing molten concrete and sand, which were mixed with uranium (fuel) and zirconium (coating) molecules.

When was the elephant’s foot discovered?

This black mold was first discovered in December 1986 by the team of the liquidators, who have registered extremely high level of gamma-radiation (the measuring device had broken down).

How can you visit Chernobyl?
Safety of visiting the exclusion zone
What do you need to know...
More