Radiation growth in the Chernobyl zone

Eco-activists have reported a record rise in radiation levels near the Chernobyl nuclear power plant. It turned out that the sensor check is to blame

Environmentalists have recorded a sharp jump in radiation in the Chernobyl zone. According to the data of the eco-organization Save Dnipro, from November 17 to 25 in certain zones of the Kiev region, the indicators were hundreds of times higher than the norm. Instead of the traditional 70-100 microsieverts per hour, the sensors showed 124,000.

Since mid-November, “outbreaks” of radiation have been observed in the Kiev region, said the environmental organization Save Dnipro on the night of November 26. Depending on the territory and proximity to the Chernobyl nuclear power plant, radiation indicators exceeded the norm by 600-800 times.

For example, on November 17 and 18, near the reprocessed nuclear fuel storage facility of the Chernobyl nuclear power plant, the radiation level reached 124,000 microsieverts per hour, and in the villages of Gornostaypil and Stechanka in the Kiev region – from 87,620 to 117,000 microsieverts.

“For understanding: the radiation background, usual for our area, is 70-100 μSv / h. That is, the indicator in Gornostaypole on November 17 exceeded the usual value for us by 876 times,” said Save Dnipro on Facebook.

The ecologists also recorded the excess of radiation standards at the monitoring stations Zalesye, Zapolye and Cherevach, which are located near Chernobyl. As of November 19, according to data from Save Dnipro, the level of radiation in these places reached 3,500 microsieverts per hour.

“Radiation contamination has not stopped and is being recorded at other monitoring stations,” the organization noted, having published a map of radiation “foci” in the Kiev region. 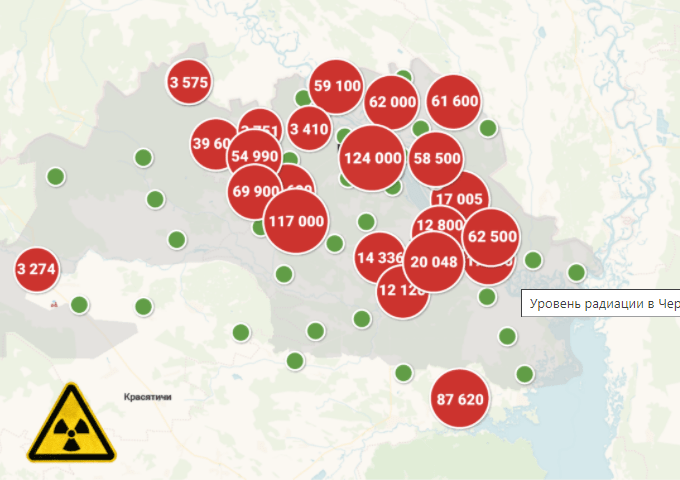 What happens in the Exclusion Zone?

Environmentalists’ data are based on information from the State Specialized Enterprise Ecocenter. This is a specially created company in 2016 that deals with the processing of nuclear waste and controls the level of radiation near the exclusion zone and nuclear power plants in Ukraine.

“We tried to understand the situation and so far there are two versions: this is either a consequence of the first ever burial of fuel from the Chernobyl nuclear power plant, which took place on these days, or traces of the work of black scrap metal workers and lumberjacks working in contaminated areas,” he said on November 25 at Save Dnipro co-founder Artem Romanyuk on his Facebook page.

The radiation near the Chernobyl nuclear power plant does not exceed the normal limits, they said immediately after the reports of eco-activists in the State Agency for the Management of the Exclusion Zone. “No accidents and disasters have occurred in the exclusion zone,” assured the Deputy Head of the State Agency Maxim Shevchuk at a briefing on November 26.

Shevchuk explains the environmentalists’ data by checking the sensors that monitor the radiation level in the exclusion zone and are located throughout its territory, including the ChNPP industrial site and the Slavutich village. 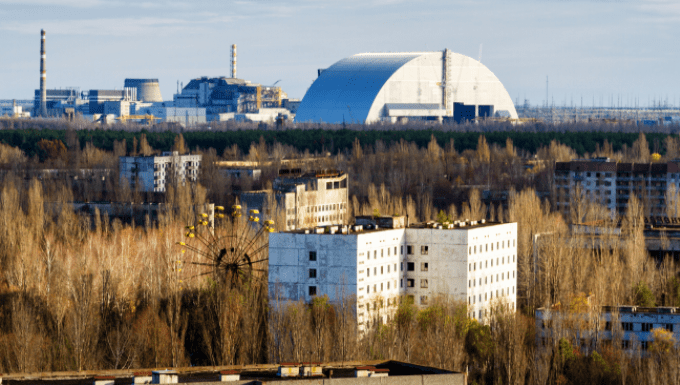 “On the 18th, sensors were checked at 7-8 posts of the Chernobyl zone, from the 19th, sensors are tested throughout the zone,” said Deputy Head of the State Agency Shevchuk. this will create more questions for the public.

Shevchuk noted that such inspections have been carried out annually, since 1988, by the state company Kievoblstandartmetrologiya. “All the equipment that we have must undergo metrological checks every year. Then we are sure that our data is correct and can be guided by,” added Sergey Kireev, CEO of Ecocenter at the online briefing.

According to the State Agency, the company has already tested 33 of 53 radiation sensors. They promised to complete the check within the next week, warning that such “outbursts” of radiation in the system could continue.

“There is nothing wrong with that, for the duration of the check the sensors are transported to a separate laboratory in Chernobyl and after checking they are returned back,” said Oleg Rybanov, a representative of Kievoblstandartmetrology. is in the exclusion zone.