The future of Chernobyl 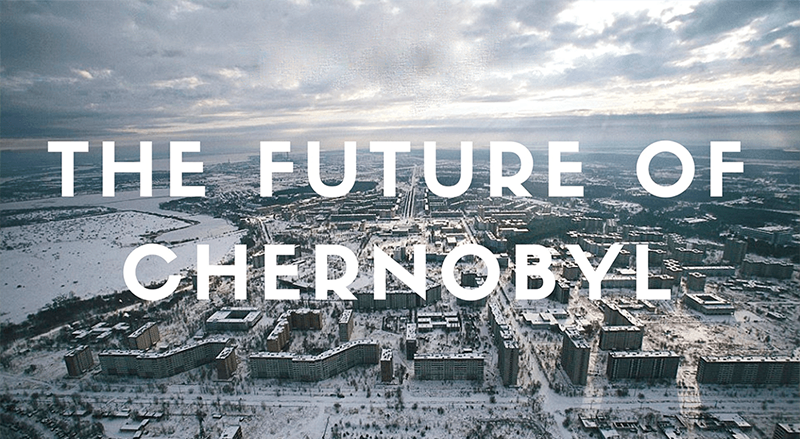 The exclusion zone is ready for change – it’s up to the people.

The Chernobyl Exclusion Zone is the territory from which the population was evacuated in 1986. It is often called the 30-kilometer zone, although to the west it stretches much further than 30 kilometers. The 30-kilometer exclusion zone is divided into two parts – the so-called 10-kilometer and the rest of it. 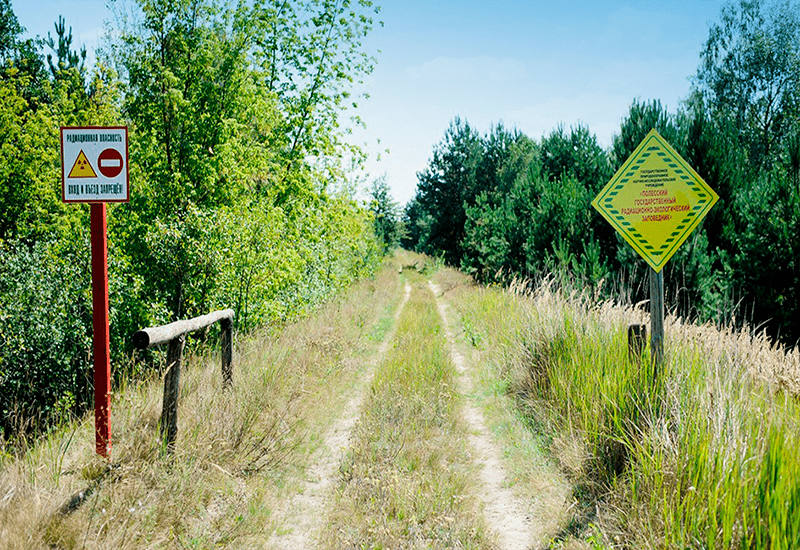 If we consider the territory of the exclusion zone from the border of 10 km of the zone to the external borders, then there is a very colorful picture. In 30 years, the radiological situation has changed greatly – there are places that are relatively clean, where there are no radiological contraindications now. So these areas can be used. But there is no point in people going back there – for several reasons. First, there is no infrastructure to live fully, it is all destroyed. Secondly, every year we cease to have many settlements that do not have such a tragic history and are not close to such radiation-contaminated land. Therefore, it makes little sense to return people to the exclusion zone.

The only way to use this area is to turn it into a buffer zone between the heavily polluted 10-kilometer zone and the rest of the territory adjacent to the exclusion zone. By the way, the main radiological problems we have now are not about the 10-kilometer part of the Chernobyl zone, but much further west – in the Zhytomyr and Rivne regions.

This buffer zone can be given the status of a reserve and to conduct scientific research and biodiversity there. Because when man left this territory, his nature sighed. This is the delta of Pripyat with an incredible variety of flora and fauna. These are unique places. Their future is a radiological reserve, which will be like sanitary protection zones near enterprises and nuclear power plants. Then ordinary people will be able to visit it according to the rules adopted for all reserves, that is, there will be no unlimited access. Because it’s really dangerous for both the people and the area. 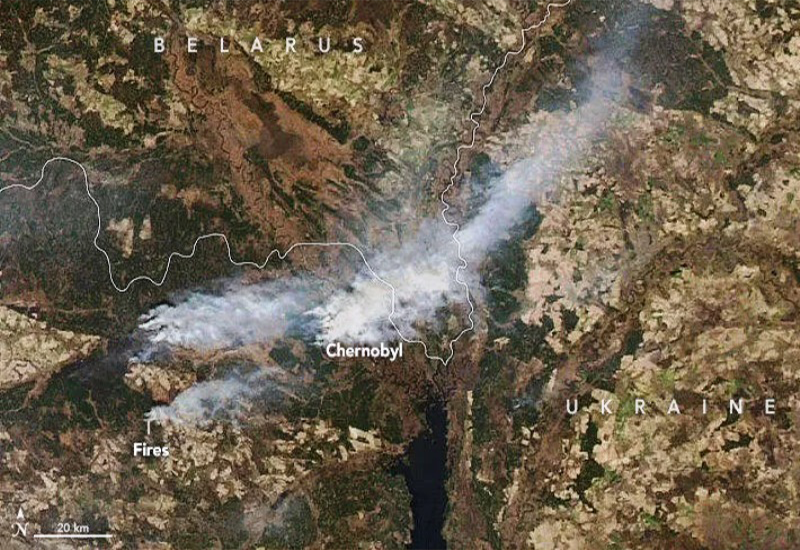 The researchers mapped the contamination of the area with long-lived radionuclides. A very large amount of activity is still contained in the upper surface layer of the soil. There are very high pollution densities represented by transuranic elements with very long half-lives: plutonium-238, plutonium-239, plutonium-240, americium-241 (alpha emitters) and strontium-90. For example, plutonium-239 has a half-life of 24,000 years. That is, the level of pollution will decrease only twice in 24 thousand years.

The bulk of radionuclides in the exclusion zone fell in the composition of highly active fuel particles – small particles of irradiated nuclear fuel. And it has a very high density – ten times more than water, which causes a very high rate of gravitational deposition. For this reason, the main blow was taken by the area near the reactor, but cesium and iodine evaporated, so they flew very far.

And because the radionuclides that fall in the 10-kilometer zone are long-lived (such as plutonium-239 with a half-life of 24,000 years), in the foreseeable future people will not be able to return to this 10-kilometer zone for life and traditional farming. To clean and return this land, we need either new technologies or its decontamination, as they do in Japan after the Fukushima accident.

For decontamination, the Japanese very carefully remove the top layer of soil, collect it and transport it, storing it as radioactive waste. But this is very problematic. To deactivate one square meter, you need to remove, say, 10 cm of soil, which is about 100 kg from each square meter. As a result, tons of radioactive soil are removed, which must be kept somewhere in storage. But in Japan, too, do not deactivate the entire infected area in a row. They work where people can get a dose of up to 20 millisieverts a year, if 20 to 50, consider what can be done there. Above 50 – do nothing. This is a fairly high density of pollution by their standards. 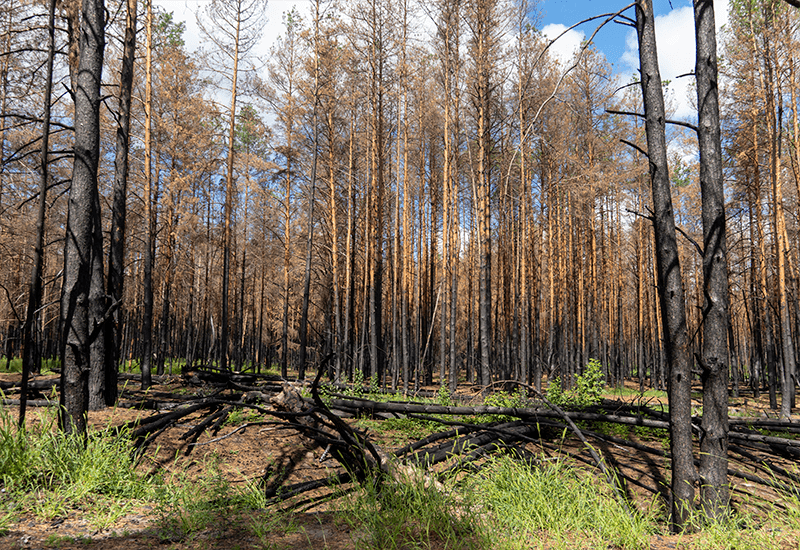 We have pollution with a mixture of different radionuclides with transuranic elements. Cesium is also present, but in 30 years half of it has already disintegrated (which is why the territory outside the 10 km zone can be considered “clean” and used as a reserve). But the long-lived radionuclides remain, so purification will take a very long time.

The present and future of Chernobyl 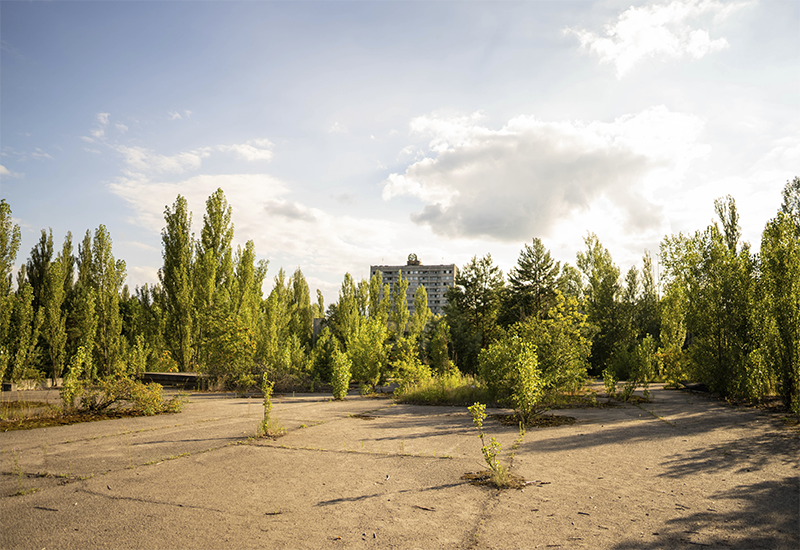 By the time at least one half-life of transuranic elements is completed – in 20-30 thousand years – other technologies may appear that will make it possible to get rid of them. Until then, it is more expedient to leave everything there as it is. At the moment, there are no options for cleaning the 10-kilometer zone, except for its decontamination and disposal of the received radioactive waste.

Work on the commissioning of a new sarcophagus for the 4th power unit – Shelter – is actively progressing. Shelter resembles the eighth wonder of the world, which appeared on the site of one of the most terrible disasters in human history. When it is finished, then it will already be possible to calmly think about the future, what to do there, disassemble or not disassemble, clean or not clean.

You can’t live in a 10-kilometer zone, but you can work. In addition to the construction of the Shelter, there are temporary localization points for radioactive waste, it is planned to create permanent storage facilities for spent nuclear fuel for all Ukrainian nuclear power plants, employees of the State Agency for Exclusion Zone Management and scientists are constantly working. The fact is that transuranic elements are dangerous only in one case – if they enter the lungs. They do not get into the food, external irradiation is scanty, because these are alpha particles, you can protect yourself from them with a sheet of paper. Such strict standards of protection against alpha emitters are associated precisely with inhalation, since at high concentrations in the air they can enter the lungs.

But now the dust concentration in the zone is small, so are the inhalation doses. Employees of our institute work near the reactor, in the “Red Forest“, literally two kilometers away – this is the dirtiest area that can be. Therefore, professionals can work in a 10-kilometer zone almost all working hours during the year and do not exceed the permissible exposure limit, which guarantees safety worldwide and in our country.

The authorities are positive about such a campaign of the future for the Chernobyl zone. In principle, it is not new. Back in 2004, President Yushchenko signed a decree to create a reserve in the exclusion zone, just in the southern part, the cleanest. But the case did not go beyond the decree.

However, now this issue is back on the agenda. Large funds are not needed to create a reserve in the area from the 10-kilometer to the border of the 30-kilometer zone. You just need a desire, you need to explain to people why it is done, justify and do.

Radiation growth in the Chernobyl zone

Eco-activists have reported a record rise in radiation levels near the Chernobyl nuclear power...
More